The Witch of Endo, pt. 4: Surrender

No. I say to my doctor. In fact: Fuck, no. You can’t have my cervix. Let’s just schedule another laparoscopic clean-up. Go in, find the Endo, zap the Endo, and I’ll be home by noon. And it has to be early in November because I have travel plans.

My OB/Gyn  has known me since I was 18, when I had my first surgery for an ovarian cyst. He does not take the swearing personally. Over the years, he has cut me open, soldered me up, held my hand. He’s the one who told me I was unlikely to have children. I have chronic pelvic pain and this is the guy who has to poke at me and ask me to describe the pain. I can be very descriptive. (The ultrasound tech his office once told me that he’d heard worse language from women on the ultrasound table than he had in his many years in the Navy.) Besides all this, my doctor respects my choices on how I live with and manage this disease. But when Urban comes up to the scheduling office so we can cram a surgery onto our calendars, Doc says to him: She made me a liar. I said the next time this happened, we were taking the cervix out. I said that the time BEFORE the last time. And the time before that! She’s not listening to me. You try talking to her.

You always did call me your problem child I say sweetly to the Doc, who I really am very fond of. He throws up his hands and walks off.

Ok, Toni, I turn to the surgery-scheduling lady, what’ve you got open?

We schedule the surgery for the second week of November. I’ll start getting back to work a week after the procedure. I’ll take it easy for a few weeks but it’s ok. I’ll have plenty of time to recover before heading to India for the holidays, so it won’t screw that up. I can live with this. I’m used to maneuvering around it.

On the way back from the appointment, I sit grimly in the car, gritting my teeth against the pain, absolutely certain I am doing the right thing. I will not have my cervix removed. My doctor thinks I’m insane. He believes that the Endometriosis has eaten into the tissue of the cervix and that these superficial solutions – going in with a laser and cauterizing the Endo on the surface of organs-- have outlived their usefulness. Whey they took out my uterus, it was riddled and veined with Endo (technically, once it eats into organs, it’s called Adenomyosis). I don’t care. I didn’t give a damn about my uterus: it was nothing but trouble and I wasn’t planning on using it anyway. Giving up my last ovary was angsty but not a hard decision to make, just a hard one to accept. But I will not have my cervix removed. Anyway, it’s a major surgery. I would have to be in the hospital for a couple of days, and it’s a longer recovery. I don’t have the time. I have a life, goddamn it.

My last surgery was in January. I brood over this and watch the familiar scenery slide by on 394. I want to turn on the radio but I’m afraid I would snap the knob right off.

Instead, I review the facts with Urban, and ask him: What do you think?

It’s mostly rhetorical; I know I can count on Urban’s reassurance. But he is quiet for a long time. Then he says that he thinks the reason Gede told me to do the series of ritual baths (which I’m in the middle of) was to help me reach a more open emotional state so I could hear what I needed to hear, and accept it. (Huh? you’re wondering, Who said what? Ritual baths, wtf? Sorry, darlin…that’s a post for another day). He keeps his eyes on the road, but reaches for my hand.

I want to yank my hand away. This is not what I needed to hear! But I feel a truth in my body, in the beat of my blood, the vibrations in my pain seem to resonate a yes. He’s right. I shut my eyes and don’t say much. Urban drops me off at my sister’s, where it takes me all afternoon to talk myself into what I already know. My cervix has to go. I can’t keep putting it off. At this point, I’m just being stubborn.

The idea of this surgery terrifies me. I don’t know why. I’ve had so many other bits cut out, one at a time: appendix, gallbladder, left ovary, uterus, right ovary. I’ve had more surgeries for Endo than I can count. 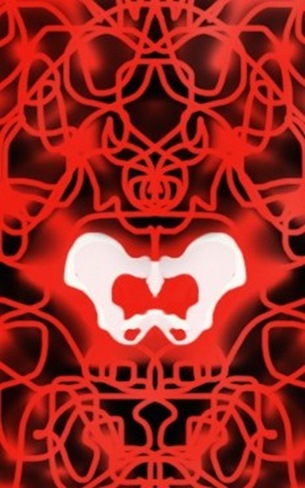 It’s a pretty major surgery, since they are cutting out an organ. The cervix is the lower part of the uterus; sometimes it’s removed with a hysterectomy. Also, it’s connected to the top of the vagina (the cervix-bone connected to the vagina-bone!), where there are lots and lots of nerves; my doc says it may be more painful than the hysterectomy. So, yeah. Not fun.

And what if… oh, crap, what if? Some women have “decreased sexual function” (i.e. are unable to have an orgasm) after having their cervix removed. Of course, constant pelvic pain also decreases sexual function (duh) so my chances of having an orgasm right now are roughly 0 anyway. When I brought up this sucktastic, potentially life-altering side-effect with Urban, he said…well, sorry, what he said is private but let’s just say I’m not so worried anymore.

That leaves the worst, the real: what if this doesn’t help at all?

For all these years, this has been the last step, the one thing we could do if nothing else worked. Well, nothing else did work. We’ve tried it all: conventional, alternative, metaphysical. I’m better than I was before but it’s still pretty bad. What if I have this surgery but I don’t get better? One of the things Gede said is that I have to believe I can recover. Deep inside, I don’t know if I really do believe that. I’ve lived with this pain so long. It seems…inevitable. When I try to imagine or envision a life that is pain-free, I come up blank. I have vague images of being able to drive again, and ride my horse more often…but it seems suspect. Have I been holding off on this surgery because I’m afraid it won’t work?

Here I am, coolly assessing one of my organs and deciding whether to kick it out of the club of Saum. Trying to figure out what I’m really feeling. I talk to my sister all day. I talk to Urban all night. I go out to the barn and lean against Styx for so long that she dozes off. Then I call my doctor and tell him to schedule the whatever-the-medical-term-for-cervix-removal-is. I expect him to gloat a little. He doesn’t.

I hate breaking myself into pieces. I want to think of myself as whole, entire, not made up of disposable parts that can be excised and thrown away.

I don’t get any better at this. I WANT MY CERVIX. I’m not exactly sure why. But I do. It’s me. I’ve imbued it with meaning.It’s the part of me where the inside meets the outside. It’s one of my thresholds.  In sex, when so many other boundaries blur, this is where you becomes me. This is what holds me in. I feel like if I keep giving parts of myself up, it will all come spilling out: guts and organs, everything raw and essential. What will be left of me? This fear feels simultaneously terrifying and ridiculous.

I also feel failure. Aren’t I supposed to heal myself? Or something?

Maybe not. Maybe I’m meant to be unhealed and raw. Open wounds are passageways. Burden is a door. I feel like I’ve been braced in this threshold for so long. What am I holding on to?

I remember something the Doc said: Saumya, this is not something you did.

One of my other doctors (I have, like, a whole panel of them) once said: This disease has put so many limits on you, but you do so much. I’d like to see what you’d be capable of if you were healthy.