The Witch of Endo pt.2 : It only hurts when I laugh

*I know a lot more people are reading this blog, so be warned: I swear. And I’m crabby. If that will bother you, go away. For inspiration and non-swearing, read my HuffPo stuff or look at pics of kittens.*

It’s time for the unique Haas holiday held in January: SAUM’S SURGERY-FEST! Practitioners of this tradition explain that its purpose is to drive out the malicious spirit “Endometriosis.” In ancient times, it was celebrated several times a year, but modern innovations such as controlled diet and Cranio-Sacral therapy have reduced this once quarterly observance to a mere annual event. The surgery in a hospital is only the beginning of this holiday; the bulk of the festival is observed at home and goes on for a week or two. It is characterized by curtailing professional responsibilities and social interactions, imbibing analgesic narcotic substances, and taking part in activities resonant of childhood: eating soft foods, reading comic books, watching animated cartoons and being cared for by a responsible adult (Urban). This way, the whole Haas family can celebrate together!

Ok I’m done trying to be funny. Here’s the deal: the Endometriosis is back, I’m in pain all the time, and I’m having surgery next Thursday: one day shy of a year since my last surgery. My goal was to make it a year. I know, I know…almost. It should count. But still. ONE FUCKING DAY! Come ON.

Actually, that’s not true. I do have a cervix, although they want to take it out. I’ve drawn the line. Leave my cervix alone, you bastards. It’s mine and you can’t have it.

So, it’s nothing life-threatening or even organ-threatening. We are just doing another laparoscopic clean-up surgery: I think of it as being vacuumed out, but it’s much cooler because there are lasers involved! I’m like a superhero! 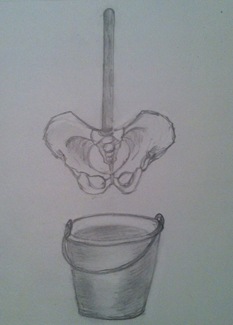 
It’s no big deal: I’ve done it at least a dozen times. But you know what? It sucks. I have health insurance, an incredibly supportive husband who takes care of me, I won’t get fired for being sick (plus I don’t make any money anyway), and it still fucking sucks. Every time.

My body doesn’t give a damn what I do or don’t have time for. I resent this. You’d think after all these years I’d have gotten a little better at acceptance, a little more graceful. Nope. I bitch and swear and stomp around (well, I cant really stomp right now but I would if I could.) I listen to loud music and sulk. I stay up all night and worry. I draw: traditionally, this has helped. I try not to lose my shit. I breathe. But still…

I took this semester off to focus on work. I have a huge amount of paperwork to do to get my 501(c)3 (non-profit organization) off the ground, the Healing Center is opening this spring which means I have to start paying rent, which means fundraising—Headwaters/Delta has a grand total of $20 right now. I can’t afford to lose (at least) two weeks of work. But I’m going to and that’s that.

And don’t give me that “my sister had a laparoscopic procedure and went back to work the next day!” crap. Fuck your sister. 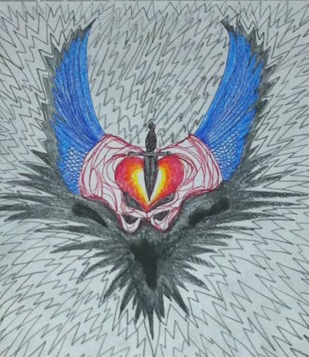 
The worst part of this? I don’t like surgery, but I hate needles. I HATE hate them. My veins hate them too. When I was in the hospital in 2002 (or 2003? it blends together), they wanted to put the IV thingy IN MY JUGULAR because my other veins were so surly and uncooperative. I was like…nope. Sorry, before that happens I’m going home and I’m taking my un-punctured Jugular with me. Figure something else out or find someone else to operate on. They figured something else out. I still have the scar in the bend of my elbow.

Luckily I have surgery frequently enough that everybody in pre-op at Abbott knows me now. It’s wonderful to be greeted enthusiastically by my surgery team (“Spending much time in New Orleans these days?” “How’s school?” “How are the horses?”) but it’s sort of depressing, too. At least when I come in, they know to get Scottie: Magic IV-Starter Dude. Scottie begins with a massive shot of Novocain in my arm so he is free to dig around without me shrieking at him. So, that’s not too bad.

Ok, I’m tired now & I’ve had enough of trying to hammer this out in a way that might be comprehensible to other people. I don’t know if I’m trying to be expository or descriptive or what. If I could tell you one thing it would be: the absence of pain after sustained pain is not the lack of something. Being-without-pain is a full feeling.

When I come to after surgery, even through the immediate pain of having my guts yanked around, I will feel a gorgeous sensation which signals that Endo is no longer eating me from the inside. I will be free. It will fucking rock.

For a year, at least. 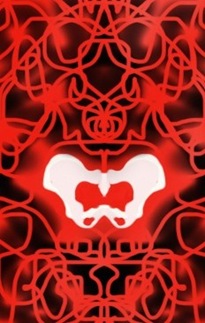 The Witch of Endo